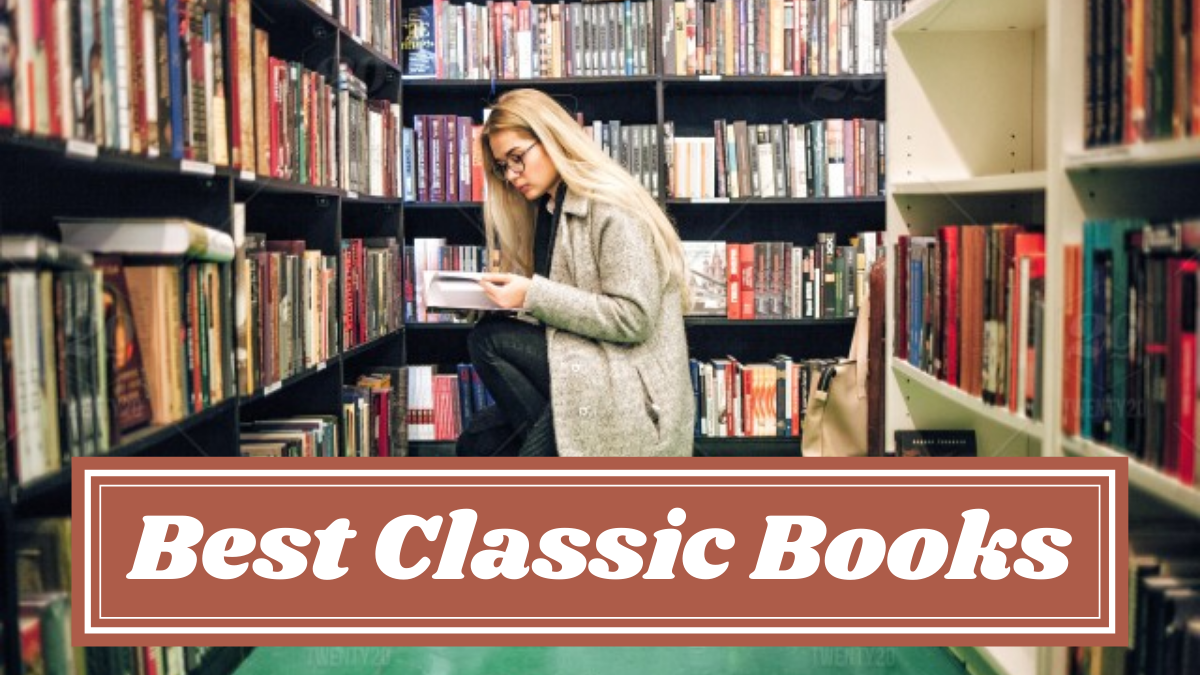 Have you ever felt like slipping into FOMO when your friends discuss cult classic books like Godfather or Paulo Coelho’s books and you stand there like, ‘okay, I got to be more of an interesting person? Well, you have come to the right place. To determine what classics are, it is difficult to approach it towards a balanced view since the critics, novelists, historians, avid readers or even the casual readers have a different opinion towards what constitutes classics and what not. But hey don’t worry about it, that is going to be my problem. All you gotta do is pick up the right books to read from the following top 10 classic books of all time.

Well, I am no book snob but the best classic books curated above are chosen after some in-depth research on the book’s popularity, reviews, criticisms, and social impact. So what are you waiting for? Let us start picking the book already!

We all remember the remarkable acting of Leonardo di Caprio in the movie adaptation of the book ‘The Great Gatsby’. It stands as the supreme achievement of Scott’s career. The book is famous for the grippy writing and discoursing the jazz days for the Americans.

The story revolves around the millionaire Jay Gatsby who wants to reunite with his former lover, Daisy Buchanan. It is a famously written story about lavish parties and it was the best book of the times. The habit of having gin and sex become a national obsession after the release of the book. This true classic book belongs on every bookshelf in the world.

2. To Kill a Mockingbird – Harper Lee

This classic book is something you would have read in your high school English classes, but this book is highly recommended to read if you did not. Harper Lee’s Pulitzer Prize-winning masterwork revolves around honor and injustice in the southern region.

As we all know, these classic books are usually adapted to a movie. But it will never match the direct reading from the books. The book revolves around a lawyer who wants to defend an innocent black man who is ready to sacrifice and risk everything since the man was unjustly accused of a terrible crime. This is a gripping, heart-wrenching must-read book that has around 336 pages. The price of the paper book is $7.19.

PBS’s The Great American Read nominated this chef-d’oeuvre as America’s best-loved novel. The paperback of the book is just $14.40 on Amazon. This is a lengthy book with a whopping 1276 pages. Though it is lengthy, the book is fast-paced, highly engaging and the best book for beginners to start their novel career.

The story revolves around Edmond Dantes, a prisoner who is going through a tough time in prison. He is charged with a crime he did not commit. He learns about the treasure in the isle of Monte Cristo. He decides not only to plot the treasure but also to destroy the three men who are responsible for his incarceration. The book was translated by Robin Russ in English who remained faithful to the original version of Alexandra.

After the movie adaptation of the character Sherlock Holmes, the top detective agent’s character in TV shows and movies is widely appreciated and adored. This book remains a classic masterpiece. It is a short read with just 240 pages and the paperback costs only $5.99.

Published in 1892, the story is about the brilliant Sherlock Holmes and his devoted assistant, Dr. Watson who investigates a dozen difficult cases to crack. The witty brilliant portrayal of Sherlock Holmes makes the story the top book of all time. The book depends on chapters that include short stories filled with mystery and classics.

Pride and Prejudice is a comedy that revolves around the Bennet family. It is the comedy genre that was published back in 1813. Jane Austen, the author of this book is famous for her feminist approach towards writing back then. She writes about social, economic, and romantic pressures faced by young women.

It is a new, beautifully laid out book that is considered to be Jane’s classics. The story is about five daughters of the family who are forced by their parents to make them get married to a wealthy family so that their family can survive. The story takes a turn when the daughters have to make a decision that is against their principles of love. Austen’s story engages with the tension between marrying for love, rather than wealth or social prestige.

What is the obvious stuff which will happen if there is a masterpiece novel? Yes, another Netflix adaptation. The Netflix film of this fiction is starred, Lily James and Armie Hammer. The book is just 7.88 dollars and is highly recommended for thriller fiction lovers.

Maxim de Winter, a charming widower sweeps the heroine off her feet with his attractive personality and beautiful face. The widower proposed marriage which completely changed her perspective. Grown from Monte Carlo, she has always been a lonely maid to the orphaned people. Has her life changed? Well, it changed in the wrong direction since the ex-wife is haunting her through the grave after she discovers the haunting and tarrying truths about the death of his first wife.

Holden Caulfield, the 16-year-old boy who is a native New Yorker, decides to drop out of his prep school and wanders to a different city. The story is completely from the perspective of the kid and leaves us to decide the notion of the story. JD Salinger has written books with children as his protagonists.

The book is an amazing portrayal of how a kid’s mind wanders through uncertain life. He issues a perfectly articulated cry of mixed pain and pleasure. The book is 288 pages and it was published by Bay Back Books.

Ray Bradbury’s Fahrenheit 451 is an internationally acclaimed novel and one of the most celebrated novels in the 20th century. The literature is based on the future dystopian story.

The book is based on Guy Montag, a fireman who is leading a simple life with his beautiful wife. His job is to go destroy the commodities, the printed books in the said house. He never questions anything since he is leading a simple life. A neighbor Clarisse comes into his life and makes him question his whole existence. She shows him how the past did not live in the fear but how in the present we are all in the game of mindless watching of television to avoid the vividness in our life.

The book is a masterpiece that revolves around a simple African American man who is trying so hard to express his own identity. The narrator of the story who is considered to be the invisible man talks about how his shift from the south to the NY city tackled how much discrimination he faced from school, jobs, and society.

Invisible Man won the National Book Award of 1953 for its symbolism surrounding African American identity and culture. This epic milestone of American literature has 581 pages and it is available on Amazon for 9.33 dollars.

10. The Colour Purple by Oprah Winfrey

Hands down the best novel, The Colour Purple is a top-rated novel that has won the Pulitzer Prize- and National Book Award-winning novel for its eccentric portrayal of the post-civil war struggles of an African American.

The book is narrated from the perspective of the woman Celie who is going through a real hard time. She was sexually abused by her father, then her husband which has chronicled her suffering as well as that of her friends and family. This book will remain as the top classic cult to showcase the horrors of sexism, racism, gender, sexual orientation, and disability through the eyes of a simple black woman.