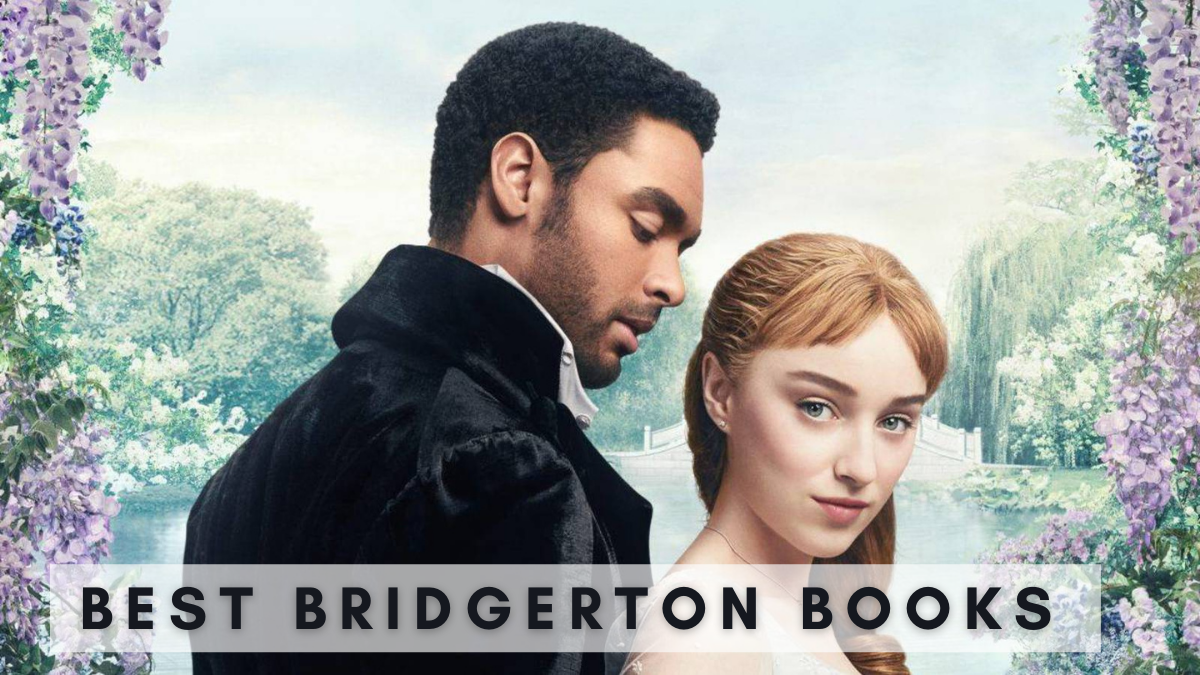 If you are fascinated with books that cover fairytale-like stories revolving around romance, balls (evening parties), pretty woman characters, men who are handsome, rich, and ready to court young women, something that very much reminds you of Pride and Prejudice, then Julia Quinn is going to be your favorite author. Quinn’s Bridgerton novels are set between the years 1813 and 1827, in the “Victorian” era of London, and include 8 books, each focusing on the eight children of the late Viscount Bridgerton.

Each book in the Bridgerton Series brings out the story of a particular character, who has so much to tell to the readers. The eight children include Anthony, Benedict, Colin, Daphne, Eloise, Francesca, Gregory, and Hyacinth, and are equally interesting as characters. This mega-successful series of novels became so popular among readers, that it has been adapted into a Netflix series under the same name. You can already imagine how wonderful it would be to see these fictional characters come to life, and the captivating events taking place in real.

Here are the eight books of the Bridgerton Series that you should not miss.

1. The Viscount Who Loved Me (Anthony’s Story) by Julia Quinn

The Viscount Who Loved Me by Julia Quinn is the 2nd book in the Bridgerton Series and is number 1 on our list for its plot and style. In a novel on romance, the plot usually revolves around Anthony Bridgerton who is intending to marry, and on one criterion, that he does not love her. Anthony after his father’s death had a firm belief that a loving wife may shorten his life’s span, so he is on a hunt to marry a woman he cannot or wouldn’t love.

Anthony is the oldest of the Bridgerton siblings and is considered the head of the family after the sudden death of their father when he was just 18. At 29, he finally decides that he wants an heir, and for that must marry, although he has eyes on Edwina Sheffield the younger sister, Kate doesn’t want her sister to get married to a man like Anthony. Although he is rich, Kate believes he is the worst match for Edwina in the whole of London. Will Anthony be able to marry Edwina? What would Kate do to stop her sister from falling for Anthony? The novel is thoroughly entertaining, and its end is shockingly pleasing.

2. It’s In His Kiss by Julia Quinn

It’s In His Kiss is the 7th book in the Bridgerton Series by Julia Quinn, and features the story of Hyacinth Bridgerton, the youngest daughter in the family. Although Hyacinth is the youngest of 8 children, she has an attractive personality, she is a little too smart, very outspoken, and most importantly loved by all. The pleasing presence of Hyacinth is what everyone admires, and even a rude person with a sharp opinion like Lady Danbury likes her a lot. While everyone is afraid of talking to Lady Danbury, Hyacinth adores her and thinks of her as her role model.

The plot usually speaks a lot about the character of Hyacinth, and when Lady Danbury’s grandson Gareth comes to her in need of money, nothing can stop the two from falling in love. Both Hyacinth and Gareth embark on a journey to locate the jewels that have been mentioned in the old lady’s diary, and the events that follow with them are thoroughly entertaining and adorable. Will Hyacinth accept she is in love? Will Gareth be able to profess his love? Read the novel to know about more interesting and heart-touching events.

3. An Offer From a Gentleman by Julia Quinn

An Offer From a Gentleman is literally the 3rd book of the series that portrays the tale of Benedict and his dear wife Sophie. When Benedict comes across a mysteriously beautiful woman dressed in silver at the masquerade ball, his instincts tell him that she is going to be his future wife. Although he keeps on searching for the woman for months, his attempts are futile. On the other hand, the mysterious woman is Sophie, the illegitimate daughter of the Earl of Penwood, she has also fallen in love with Benedict at first sight but purposely avoids coming to London.

Sophie is insecure about her identity, she knows that being an illegitimate daughter of the Earl does not make her an eligible wife for a man like Benedict. But fate has different plans for both Benedict and Sophie, things will happen as they are meant to be. But how will they come by each other and profess their truths? The readers have to find this answer in the text.

4. When He Was Wicked by Julia Quinn

A novel that presents readers with the story of Francesca, When He Was Wicked, depicts the ups and downs of her life, her emotional breakdowns, and her status of being happily married to becoming a widow.

Francesca is courted by Earl of Kilmartin, John who was a gentleman. Everything seems perfectly fine until John marries Francesca, and his brother Michael begins to get jealous. Michael knows that it is wrong to desire his brother’s wife, but when suddenly, John fell sick and shockingly passes away, Francesca is devastated and becomes a young widower. But Michael sees this as an opportunity to finally confess his feelings for Francesca, but things are not that simple as they seem because Michael doesn’t know that Francesca is soon going to give birth to an heir.

5. On the Way to the Wedding by Julia Quinn

On the Way to the Wedding tells the story of Gregory who is 26 years old and in search of a purpose in life. Although his brothers suggest he get married, Gregory believes that marriage is a matter of true love, and unless you find that, you mustn’t marry.

Gregory believes when he finds the true love of his life, he will know that instantly, his instincts will tell him she is the one. But when this actually happens, and he comes across the ravishing Miss Hermione Watson, things do not turn out the same way. Rather this young, beautiful lady is in love with another. But Hermione’s best friend Lucy decides to help Gregory in the matter, but when he eventually realizes that the woman of his dream is Lucy, he must try everything to stop her wedding, and become the man who kisses her at the alter.

6. To Sir Phillip, With Love by Julia Quinn

The story of Eloise, To Sir Philip, With Love is another engaging romance that revolves around an unusual love story. Eloise is looking for a husband, but little does she know that Sir Philip, a widower obsessed with his plants and having two young decidedly ruly children is her ideal match.

Though Eloise is reluctant to marry a man whom she doesn’t know, before she could decide anything, she was in a hired carriage in the middle of the night, on her way to meet the man she hoped might be her perfect match. When Sir Philip sees her for the first time, all he wants to do is kiss her. Will this oddly matched couple turn into happily married? Will Eloise fall for Sir Philip after knowing his past? There is so much more in this novel that will keep the readers glued till the end.

7. The Duke and I by Julia Quinn

The first book in the Bridgerton Series, this novel features the story of Daphne, which is undoubtedly one of the best stories of romance in the series. When Anthony’s friend Simon comes to visit, Daphne can’t help but notice this young, handsome man. And when Daphne and Simon ended up dancing together at the ball, there is definitely chemistry building up between the two.

Simon is the heir of Duke of Hastings, but he shares a melancholic past with his father who defied him as his heir. When Daphne learns about Simon’s past, will she still want him to be her husband? Will Daphne be able to bear children of Simon who simply doesn’t want an heir because of his father’s vow? There’s a lot more happening, but the outcome is beautiful.

The last one on our list, Romancing Mr. Bridgerton is about Penelope and Colin. When it comes to Colin Bridgerton, everyone knows that he is the most charming man in London. On the other hand, Penelope is a young woman living in London who has loved Colin since she was 16, and thinks that she knows all about him from watching him afar. But when Penelope stumbles upon the deepest secrets of Colin, she feels she doesn’t know this man at all and has misunderstood him all these years. But apart from all, Penelope has true feelings for Collins that he is unaware of. Will Penelope win over his love? Everything begins to change when Collin finally discovers the love of Penelope, will she be his happily ever after? But Penelope has some secrets too, will they both be able to overcome their past to confess they are true feelings? The plot is thoroughly captivating, and readers cannot help but fall in love with the duo.