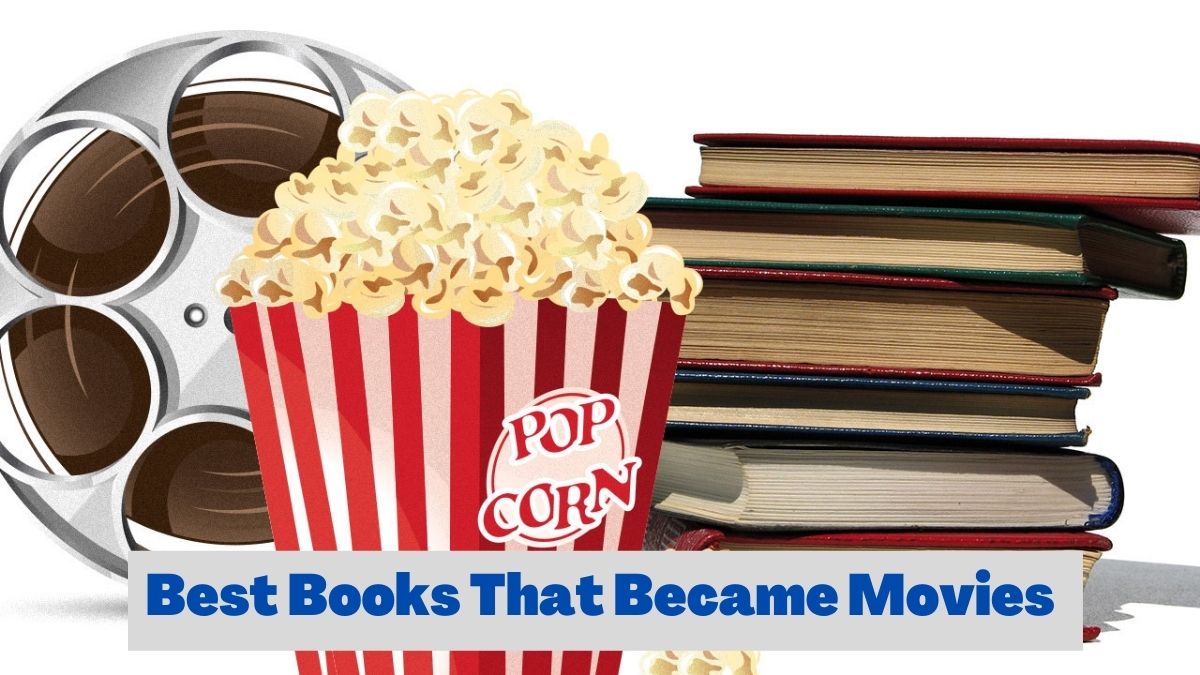 Oftentimes we have seen that certain books become so popular among readers worldwide, that later they are adapted into movies that prove to be equally satisfying to watch. Though thousands of books have been adapted into movies, not many manage to maintain their authenticity and please readers as they did while they read the original book.

Although it is fascinating to see fictional characters take a human form in the movies, and you cannot help but fall in love with them, but mostly, it is seen that the audience gets depressed when the movies do not reach their level of expectations or go through many alterations. But that doesn’t mean all movies that were an adaptation are not worth the praise, because there are many, who won the hearts of the audience and got admired for portraying the fictional characters and the plot ever so flawlessly.

Here are some of the best novel adaptations that came out as hits worldwide, and remain the works of praise:

A popular novel that turned into an even more successful adaptation of the film, starred by none other than the iconic Tom Hanks, Forrest Gump is one of those films that you must watch and can stop watching again and again thereafter. It is undoubtedly one of those films that leaves a lifetime impression on anyone who watches it.

Both the novel and the movie begin in the same way, where Forrest Gump is sitting on a park bench and begins to tell his story from the days of his childhood to a Nurse who comes to sit by him. Forrest Gump, the titular character also the narrator takes readers into his journey from being a troubled child with a disability to a man who went on to fight the war. Gump’s narration is so heart-touching, that it instantly connects its listeners. And one cannot deny the fact, that no one could’ve done justice to the character of Gump than Tom Hanks.

2. The Godfather by Mario Puzo

A classic novel by Mario Puzo that was adapted into a film by the same name in the year 1969, and won many Academic Awards for it. This successful film adaptation of The Godfather remains one of the best films ever produced in history and is counted among the “must-watch” lists even today (that’s what exactly happening here too isn’t it?).

The novel revolves around Amerigo Bonasera, a Sicilian-born undertaker, Don Corleone, the Godfather of the Corleone mafia family, and other powerful characters who have the power to do everything that the law cannot. A novel about one man’s descent into becoming the head of a Sicilian mob, the film adaptation is extremely captivating as its original text. If you haven’t watched The Godfather yet, then it surely should be the next film on your watchlist.

Schindler’s List and the film adaptation with the same name is based on the true-life story of Oskar Schindler, a German Industrialist, and a War Profiteer, the novel became one of the greatest Bestselling works of Holocaust Fiction around the world and won many awards.

An extraordinary piece of work by Thomas Keneally, both the book and the film portray the true events of the life of Oskar Schindler, who came to save the lives of hundreds of Jews from the Holocaust and save them from the horrific death at gas chambers during the World War II. A book that holds historical importance for recording true events of the torments of Nazis over Jews on the orders of Adolf Hitler, the film adaptation is equally successful and heartbreaking to watch.

4. Life of Pi by Yann Martel

A book by Yann Martel that became an Oscar-winning film, Life Of Pi follows the extraordinary story of Pi Patel, the son of an Indian Zookeeper who has a wide knowledge about animals and animal behavior because it is all their family does, taking care of animals at their own zoo. When the Patel family decided to immigrate to South America along with their zoo animals, the cargo sinks, and all is left is Pi floating on a lifeboat with a ferocious, Royal Bengal tiger of their zoo named Richard Parker.

As fascinating as the original novel, one cannot deny the fact that the film brings more life to the plot, and features some scenes that not only seem surreal but also will forever remain embedded in your minds. Life Of Pi is one of its kind.

5. The Chronicles of Narnia by C.S. Lewis

Although a children’s book of fantasy, there is hardly a film that can be compared with The Chronicles of Narnia. No matter how fascinating reading C.S. Lewis’s book is, there is no doubt in the fact that the film adaptation is surreal, and not only has captivated kids but also adults.

A forbidden kingdom behind the closet, 4 siblings, a Lion King, a wicked Witch, and everything that happens within the plot, takes readers as well as the audience into the world of imagination where everything seems real.

6. Gone With the Wind by Margaret Mitchell

A novel that is a winner of the Pulitzer Prize, was originally published in the year 1936, and till then it has been regarded as “The Great American Novel” that is worthy of all the praise. This successful novel also became a successful film adaptation by the same name, which was also a huge hit across the world.

From exploring the depths of human passion and relationships to the era of Civil War and Reconstruction, both the novel and the film focus majorly on these important themes and make it truly enticing to read and watch. Gone With the Wind is a sweeping story that has been impressing people for over the last 70 years, and will continue to do so, for it is a must-read and must-watch classic of all time.

7. The Perks of Being a Wallflower by Steven Chbosky

A heart-touching novel of self-discovery, friendship, and love, Steven Chbosky’s exceptional novel for young readers went on to become a major motion picture starred by none other than the gorgeous and extremely talented actress Emma Watson.

A coming-of-age novel, Perks of Being a Wallflower follows the story of Charlie, and the novel proceeds with his narration that he writes as letters to his unknown friend. Charlie is a freshman at High School, he begins to write letters after his best friend Michael commits suicide. He feels all alone in the world unless Charlie meets Patrick and his sister Sam, and everything begins to take a different turn from thereon. Charlie is like the “Wallflower” whom everyone fails to notice, but it is with the help of Patrick and Sam, Charlie discovers the truth about himself, the truth from his past- especially his favorite aunt. The film adaptation is as pleasing as the novel, it is funny, entertaining, touching, and reminds us of keeping our spirits alive.

8. The Green Mile by Stephen King

A number 1 New York Times Bestseller, The Green Mile by Stephen King is a haunting, heart-touching, modern classic that begins withPaul Edgecombe, an elderly retired officer, who begins to write about his experience in the past as a Correctional Officer at the Louisiana Cold Mountain State Penitentiary. Paul along with his companion Elaine Connelly witness the healing process of prisoners at the E Block commonly referred to as “The Green Mile”. A row of prisoners, an electrocution chair, and a hunt for the original murderer, The Green Mile is a unique classic with a heart-touching plot.

The film adaptation is equally intriguing and horrific to watch and became a big hit. Watching Stephen King’s plot come to life is truly captivating.

9. Between a Rock and a Hard Place by Aron Ralston

Based on a true autobiography of Aron Ralston, who went through the most horrific “127 hours” in his life while being trapped at a cavern, and no one to reach out to him, and help him out, Ralston finds his own way to make it out alive. The spine-chilling death experience of Ralston, and his determination to get back home alive, are enough to prove that nothing can beat human willpower.

The extraordinary account of Aron’s survival for 6 days, his hand trapped under a huge boulder rock, and his unimaginable way of escaping from an almost inescapable trap is what turned into a major motion picture that shows in detail how he suffered and survived to tell his extraordinary story to the world.

10. The Fault in Our Stars by John Green

The last one on our list is modern Fiction, which is regarded as one of the most successful works of John Green because it touched readers deeply. This heart-touching novel was adapted into an award-winning film.

Hazel Grace Lancaster is a young 17-year-old living with Lung Cancer for the past 3 years. Her only living support is a portable oxygen cylinder that she has to carry 24*7 wherever she goes. But when Hazel meets Augustus a.k.a “Gus”, at the Cancer Support Center, the plot takes the form of a romantic love story of two young teens, trying to make the most out of the little span of their lives.

These 10 books on our lists are going to be your forever favorites, and you cannot help but read them again and again. Also, it would be best if you watch the film adaptation only when you have finished reading the original text, it is only in that way you will enjoy seeing the characters from the book make it to your Laptop screens.