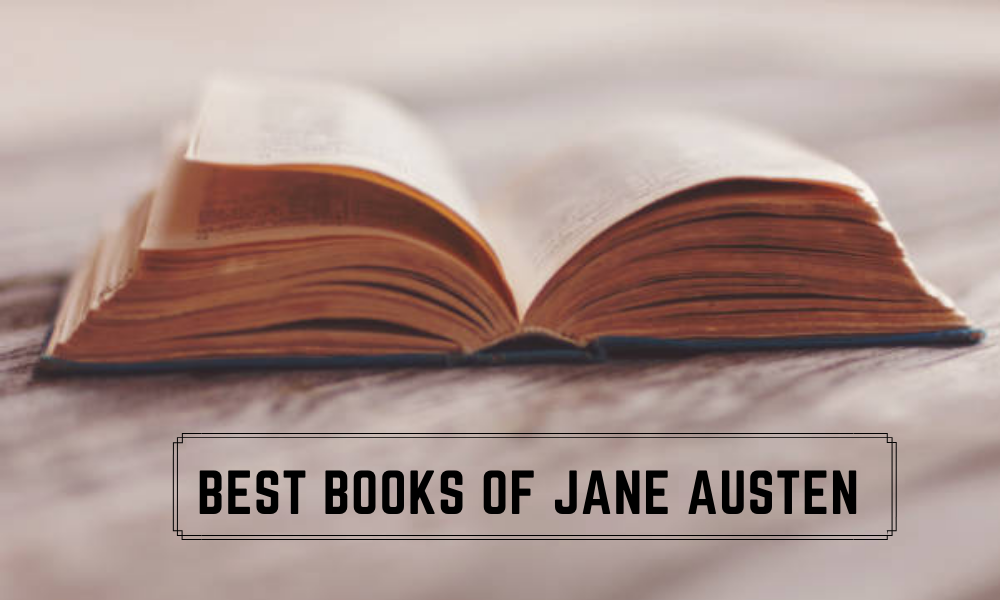 Are you looking out for a book to read in your free hours? That’s great. Here are some of the best collections of books by Jane Austen. Austen is still one of the world’s most well-known authors of all time; her work remains to be delighted with film adaptations, various prequels, sequels, and retellings in new and unusual genres. It is an incredible legacy acknowledging her novels that were published anonymously. Today, you cannot find a library without her books. Jane Austen (; 16 December 1775 – 18 July 1817) was an English novelist known primarily for her six major novels, which interpret, critique, and comment upon the British landed gentry at the end of the 18th century. Austen’s plots often explore the dependence of women on marriage in the pursuit of favourable social standing and economic security.

During her lifetime, she had hardly felt her popularity and achievements. Due to her anonymous writing, she was not into the fame mark then. All of Austen’s stories revolve around the domestic lives of the landed gentry approaching the end of the 18th century, giving a female viewpoint of a male-dominated world through a romantic lens yet a realist. Austen’s novels present a brief social history not without comment, critique, and humour. Her female figures in particular broke traditional patterns and remain to be some of the most important in literary history. Despite the strict social restrictions forced on them they are strong, funny, clever, bold, brave, and ultimately flawed in their way, yet they are all, generally, remunerated with the greatest success women of the time could enjoy.

The next week afternoon can please your mind with some wordings from Austen’s famous works. Not to regret, her novels her some of the best stories to read for a lifetime. Even her stories are prescribed through curriculums for many courses. Her books give you an idea of living a life according to your grants. There will be problems in your life, but these issues can be moulded. One can always find solace within one’s happiness. You can pick up any novel from the below list for your reading.

Here are some of the best books by Jane Austen for you all.

Mansfield Park is Austen’s third printed novel and possibly the most questionable. The heroine, Fanny Price, is plucked from the poverty of her family home to grow up as a companion to her wealthy relatives at Mansfield Park where she is acutely conscious of her humble background. In their father’s absence, her cousins befriend two new neighbours with a reckless taste for flirtation and the glamour of city life. Although modern viewers may not correlate well with her, Fanny is a moderately complex character. She is weak, righteous, and morally upright, and though knockers at the time celebrated her wholesomeness, even Austen’s mother regarded her as ‘tasteless’.

However, as the novel advances and Fanny finds herself apart even from her only ally, Edmund, she confirms courage, integrity, and great strength of character, staying true to her moral compass rather than falling submissively into line with her cousins. You should get a copy of this classical piece of art by Jane Austen, who has pictured her time and social norms through this masterpiece. 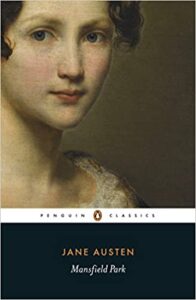 Most literary critics refer to Northanger Abbey as Jane Austen’s “Gothic parody” because it satirizes the form and conventions of the Gothic novels that were popular when Austen wrote Northanger Abbey. Northanger Abbey is concerned with young people and their feelings. Northanger Abbey portrays Catherine in situations common to teenagers: she faces peer pressure when James, Isabella, and John urge her to join them on their carriage trips, for example and must contend with the bullying of John Thorpe.

Many readers can sympathize with Catherine once she returns home and immediately becomes sulky and obstinate with her parents “The person, be it gentleman or lady, who has not to pleasure in a good novel, must be intolerably stupid.” – Jane Austen, Northanger Abbey. Austen throws out every 18th-century fictional custom, creating a clear, conventional heroine from a middle-class family who falls in love with the hero before he even knows who she is. Sometimes the narrator is contented to solely describe events normally; sometimes the narrator approaches the reader directly. To understand how you can relate to this story get a copy for your reading. 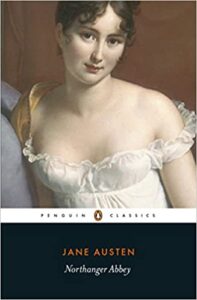 Resembling under the simple pseudonym A Lady, Sense and Sensibility was Austen’s first published book. The novel’s plot develops with the traditional limits of a Comedy of Manners, portraying the lives of two sisters who, after their father’s death, are removed from the wealth and luxury they’ve grown up with and move to a small cottage bestowed on their family by a distant relative. “Know your own happiness. You want nothing but patience- or give it a more fascinating name, call it to hope.” – Jane Austen, Sense and Sensibility.

The younger sister, Marianne, is intensely passionate and wears her heart on her cover, representing the emotion of ‘sensibility’. She is possibly more modern in her open, impulsiveness related to the discipline and good ‘sense’ of the elder Elinor who shows more interest in the social customs of the time. Both sisters, necessarily, meet a desirable prospect, and both, surely, are rejected in love despite their opposite approaches to courtship. Throughout the novel, it is unclear whether Austen meant for sense or sensibility to control but the personal efforts which Marianne and Elinor endure expose the flaws and advantages of being too closed or openhearted. 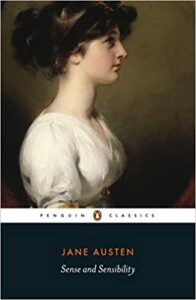 Emma was the last novel to be published in Austen’s lifetime and differs somewhat from the common search to defend marriage and financial security. Before beginning the novel Austen reportedly wrote: “I am going to take a heroine whom no one but myself will much like.” Emma Woodhouse is ‘handsome, clever, and rich and her right sets her apart from Austen’s other heroines, not only in wealth but importantly in the independence not to marry. Emma reveals that she never expects to marry, and certainly seems safe to romantic attractions despite the concern shown in her, preferring rather play go-between to her friends, including the less fortunate Harriet whom she picks as a companion.

Notwithstanding her advantages in life, Emma could be counted as one of Austen’s most flawed, and human, heroines, being spoiled, stubborn and self-satisfied. She naturally struggles to breathe up to the expectations of patience and compassion due to the more needy members of her social circle, and constantly laments her responsibilities to the broke Jane Fairfax, much to the displeasure of her friend and brother-in-law Mr Knightly. 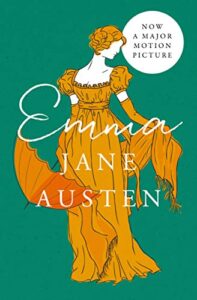 Persuasion was published following her death and named by her brother Henry. It’s stated that Austen had often shown deep concerns about how the community practised persuasion and pressure on young women. Protagonist Anne Elliot exhibits a victim of such dangers. Having been influenced by friend Lady Russell to break off an engagement in her youth, you meet Anne as a hushed beauty in her late twenties, already viewed an old maid, still racked with grief for refusing Fredrick Wentworth, who turns to be a successful Captain in the navy.

It converts evidently that Anne’s suffering is not only romantic when you see her reckless, spendthrift, self-absorbed family but she proves a believable heroine as the family’s pillar of strength in their everyday moments of crisis. She is compelled to take charge for saving the family from financial ruin, prompting her father to let out their estate and hopes to control his expensive social outings by moving the family to a quiet countryside apartment but he and her sister have other ideas, moving the family to Bath where they grow in a lively society which holds none other than the newly returned Captain Wentworth. Persuasion cannot be diminished to a mere Romance with Austen’s sharp social commentaries underpinning the story throughout, it is as much a critique on social history as it is a work of fiction. 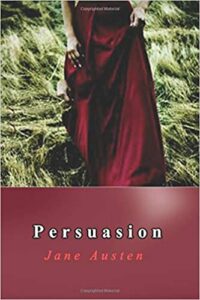 Pride and Prejudice is one of her best-published works. It won’t be wrong to say this book makes to her top lists. Well taken at the time of publication, the novel’s popularity hasn’t diminished with time. Quite the opposite, there remains an enchantment among modern readers with Austen’s most famous novel, continuing to seem at the top of ‘most loved books’ lists. Protagonist Elizabeth Bennett, and her romantic hero Mr Darcy, remain primary to this attraction. The novel’s original title First Impressions aptly binds down the crux of their turbulent relationship. Like Anne Elliot, Elizabeth appears ill-fated by the incongruity of her family. The Bennetts, despite their multiple faults, is one of the best-loved families in records.

Mr Bennett’s pursuit of a quiet life border almost on failure, yet his intellect and wit make his quiet character appealing. The brash, overbearing Mrs Bennett is humorous in her indecency but her dedication to her daughters’ expectations is positive. The eldest, Jane, upon whose beauty and grace all hopes of financial security are pinned, cannot be faulted, and yet she is still likeable. The three younger daughters are charged with their various ways, being too dull, too shameless and too easily led individually, but it is Lydia’s behaviour that threatens the family’s character, and the other daughters’ acceptability, most seriously.

The family connections of the Bennetts are key to the story as the love tale between Elizabeth and Darcy, although it is the latter that produces the most interesting scenes and quotes in the novel. 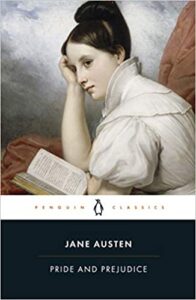 These are some of the best books to list down from the collections of Jane Austen’s famous stories. You are open to choose any one of these books for your library. These books are popular even today among modern readers.