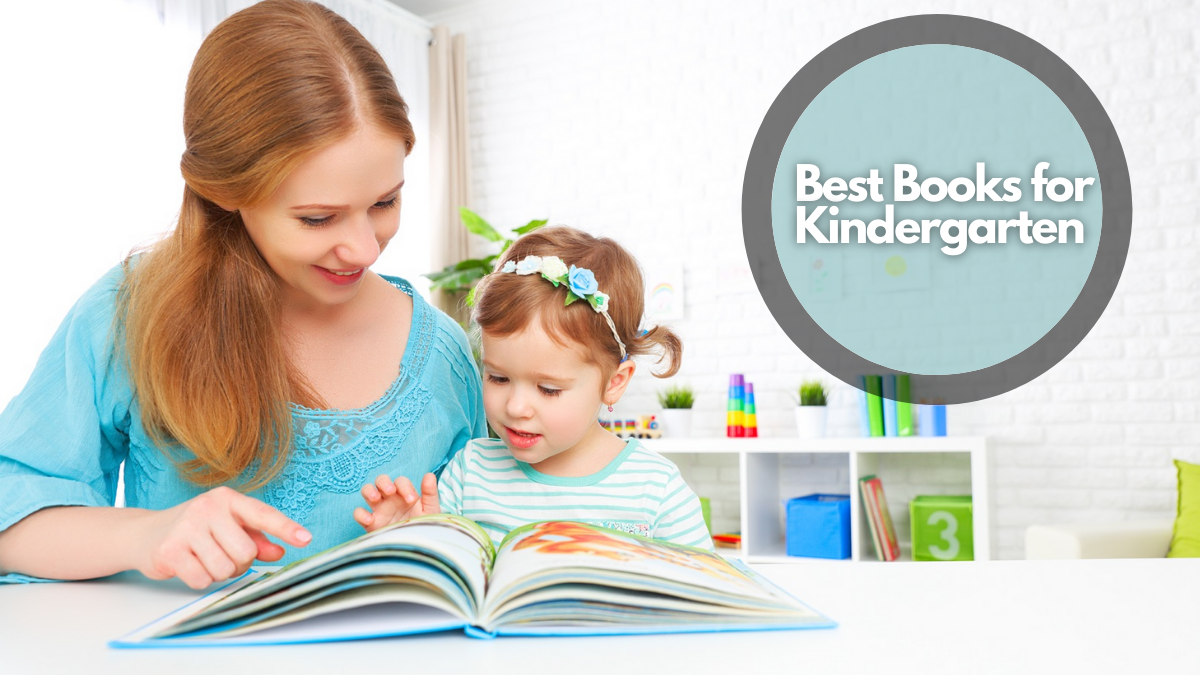 The first years of formal education of a child are usually carried out in a school, which is named Kindergarten. The children of the age group of 4-5 are admitted to a kindergarten. This is the place where children are given the initial steps of the preparation of overcoming the crisis, the fundamentals of societal and emotional skills. Developing the capability of self-respect at an earlier age is one of the major targets in this stage of the study. The age of 5 should be the time of pictures and poetry. These can create a big impact on children.

The systematic teaching at the kindergarten will make sure that a child can read the words; as, and, the, in. The sound made by each letter can also be recognized at this age. They can also read vowel words like bat, pet, bin, pot, bun, etc.

Reading out loud to the kid is the greatest approach that will kindle creativity, thinking capacity, and imagination. The earlier the reading process is initiated, the better it is for the improvement of cognition and verbal communication. This can also facilitate listening competency. This indirectly helps to make out a word that is written. This practice can be continued even after the child learns to read by one’s themself. Reading improves cognitive actions, increases focus, interpersonal skills, and eloquence. Loud reading can help the child to develop a bridging between the stories being heard and their own life, and understanding the importance of the five senses. The comparison with the content of the story helps to correlate with the happenings unknowingly inside while listening to the story passively.

The literature for children imparts the chance to react to writings, it gives the ability to admire one’s own as well as others’ cultural traditions.  It also enhances awareness, individuality, which ultimately fosters the advancing of the child’s inner self.   Reading becomes an addiction very easily, and it has a major purpose of glimmering interest in things around them and also tries to create a connection with everyday activities. Igniting values like compassion, righteousness, and a systematic approach to difficulties in the future life are also added advantages of early reading.

Cognitive development as a result of reading has been proved through various scientific research studies. It not only helps the child in the early days but, to cope up with a variety of issues that they have to face when they grow up through adolescence to adulthood. The children will have a strong memory, use of perfect language while communicating, overcoming life struggles, logical thinking, and perfect judgment aptitude. All these attributes will indirectly help in handing out details of anything with regard to life.

A wide variety of books, making us confused and difficult to choose from are available on Amazon. The details are provided;

The book is a perfect read-aloud kind of text by Julia Donaldson, which is made really attractive and colorful with the help of illustrations by Axel Scheffler making it a wonderful pick.

The story of a brilliant mouse during a normal saunter gets caught in front of an array of enemies ready to eat him, and he tries to escape the claws of death put down by a hungry fox, and a snake is a depiction. He plots out a plan with the main character as the ‘Gruffalo’, describing him, as a horrifying creature detailed even more terrifying characters like a venomous wart on the tip of the nose, knees which are not in shape and irregular, with scary claws and tusks in the dreadful jaws. The mouse remains brave enough even though he knows that such a creature doesn’t exist, but believing that presence of mind would cost him his life.

Authored by D.J. Steinberg and illustrated by Mark Chambers, the book is an excellent ready-for-school choice filled with poems and attractive stickers for motivation. The book can be categorized as a picture book, which is an inevitable part of a kindergartener’s life.

Book has fun-filled poems about a lot of happenings that are sure to occur in a child’s school life, being the initial heebie-jeebies to the 100th-day-of-school celebrations. Anyways, the poems are sure to catch the attention of the readers, and not to miss out on the outstanding sketches.

Suzanne Lang has very beautifully illustrated the confusion of the children at a young age finding it absolutely difficult to come out of. The concept is delivered through a chimpanzee that faces a similar situation. The book had been the #1 uproarious best-sellers completely stuffed with pictures.

The chimpanzee, Jim in the story is illustrated as somebody in an awful mood for an unidentified reason. Even after the attempts from his friends, their suggestions couldn’t do anything to alter his state of mind. He is feeling confused, as he himself doesn’t understand the reason for his ill mood. The author explains that every living being has the right to be grumpy for whatever reason may be. In this book filled with laughter and cheerfulness, Suzanne and Max try to convey the lesson of emotional awareness, and that all children are free to be grumpy if they feel so.

4. What Should Danny Do?

Adir Levy has given the children out there a complete set of interactive and fun books which is kind to read repeatedly. There are 9 stories included in the book. The book is easily connectable with the mindset of the children which strengthens them and makes them understand that the options they choose will design their future.

The story is about Danny, who is under training mode to become a superhero. The various alternatives that he has to face daily in his life and how he handles every situation surely makes the tiny enthusiasts make him somebody to follow. They are sure to understand the importance of these challenges for making him successful in reaching where he wanted.

The book is a requisite on every bookshelf, as it is one the most empowering book for any boy and girl of the age. It induces the children to make choices that are full of positivity and will surely help in shaping their future.

The author Adam Rubin has published this beautifully attractive read-aloud storybook that was best illustrated by Daniel Salmieri and has been the New York Times bestseller. The story is a distinctive and catchy narrative that is so hilarious that it makes the reader have an upside-down stomach after reading.

The love for tacos of dragons is out of the world’s imagination. They are so much into any kind of taco available, whether chicken or beef or microscopic or gigantic ones. So if dragons are to be your guests at the party, then the parties should be loaded with tacos. But what happens if a dragon tempted to the party fortuitously eats up the spicy salsa. The party organizer is sure to land in flaming concern. What follows, makes the rest of the story.

This is a read-aloud by Craig Smith and illustrated by Katz Cowley is highly uproarious and definitely worth keeping. The book makes us fall in love with the donkey in the book. Poor thing was a wonky donkey as it had only three legs. The way the book progresses, the readers get so close to the much lovable donkey that has a lot of attributives, making the children laugh with all their hearts.

7. Dear Girl,: A Celebration Of Wonderful, Smart, Beautiful You!

Paris Rosenthal and her mother Amy Krouse have given such a charming book about a love letter to the one and only girl in your life. It is lifted up more through illustrations by Holly Hatam. The book has been described as a beautiful, beautiful book’, by Hoda Kotb, the co-anchor of the show ‘Today’.

The book is strengthening and empowering one to make the girls understand how special they are, and the elite position they embrace on the planet, even though they are very much different in attitudes, interests,s, and looks. The book cheers all the girls to always be who they are at heart and live without fearing the prejudices that are surrounding them.

8. What If Everybody Did That?

Ellen Javernick thoughtfully has made a book to make the children understand the need of abiding by the rules in order to make the world free from chaos and derailment. He gives various examples which are common ones, and those that children are likely to come across in their present or when they are growing up. These experiences are expressed rather amusingly so that the paint gets into the child, but not the feeling that something is being imposed on them, and also the understanding that they are not to act as the way they like, regardless of the outcomes, ultimately turning them into better human beings.

The author Jennifer E. Morris is trying to inculcate the importance of practicing the magic words in the life of children that will make them more mannered and well-behaved. It is accomplished through the story of Alfie, who tries to get an extra cookie from his mother by any means possible. But his mother takes this as a great opportunity to make him understand the value of the word, ‘PLEASE’.

This book by Anna Membrino is beautifully explained and attractively illustrated by Tim Budgen to make it easy for the kids to understand the difference between large and little. The object used here is the ‘shark’. She compares the shark and its features and its behavior to communicate the differences between little and large.

The reading also caters the children to get a grip of smaller words, and the interconnection they are able to build with pictures to decipher the story.