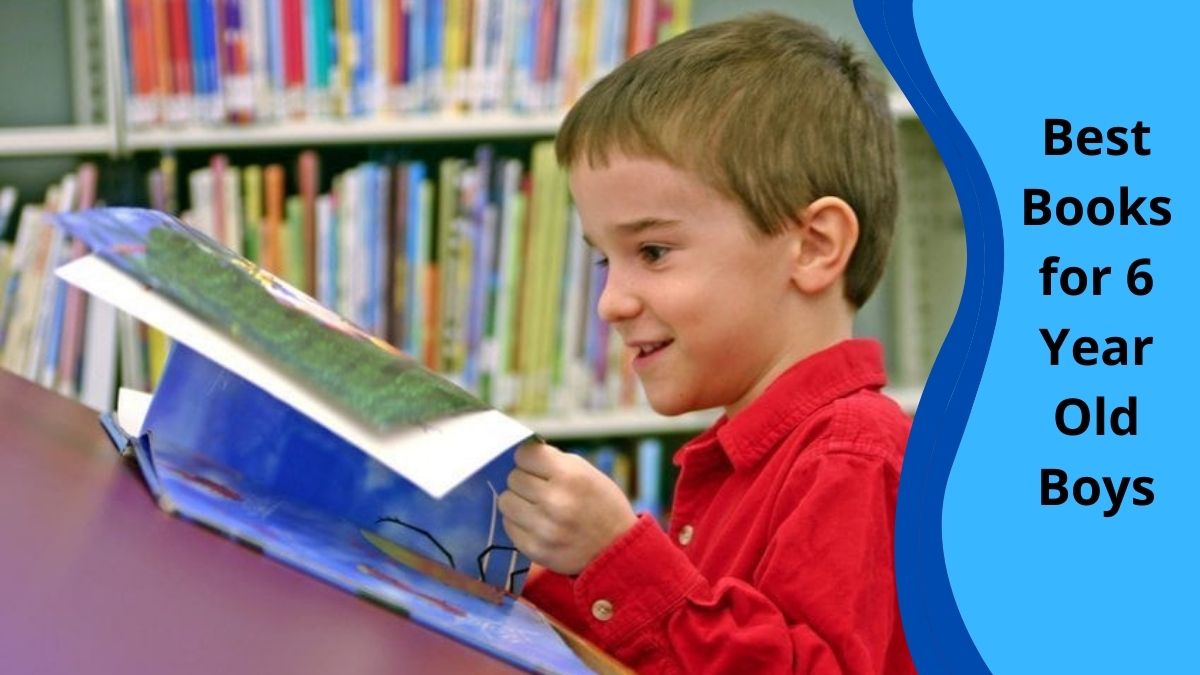 Choosing books for your kids can be challenging especially when there is a plethora of them available almost everywhere. When it comes to 6-year old boys, it becomes more confusing to choose the right book for them that would go with their taste and develop that habit of reading.

When it comes to books for girls they are often fascinated by fairy tales are fictional characters that they can admire. But when it comes to boys, they always look for something adventurous and entertaining. Keeping in mind the taste of 6 year olds, we have featured the best books for your children that they will not only love but also learn a lot of things and good habits from them. We understand how important it is to keep that reading habit a part of their daily routine, hence these books can be a part of their fun time or bedtime stories. These books are easily available on amazon.com at very affordable rates and exciting offers.

1. Alvin Ho: Allergic to Girls, School, and Other Scary Things by Lenore Look

Alvin Ho is a funny series by Lenore Look that focuses on a second-grader named Alvin who is afraid of almost everything. The book records Alvin’s adventures of overcoming his anxieties that are extremely hilarious and fun to read.

In this book, Alvin is allergic to girls, he is afraid of elevators, tunnels, and many other things including his School. At school, Alvin is afraid of almost everything and never says a word, however at home, he is loud and is a superhero named Firecracker Man. Will Alvin be able to become a normal kid like his schoolmates? Will he be able to overcome his silly fears? Will Alvin’s parents help him out to deal with the outside world? All the answers lie in the book, you need to read it to know what eventually happens to Alvin. Alvin Ho is an amazing series for 6 year old boys, they would love to read Alvin’s journey and learn a lot of things from him.

Horrid Henry is so funny that children will love him and eventually develop a reading habit because reading will become a fun experience for them.

In Kate DiCamillo’s book, Mercy is a pig, but she is a “porcine wonder” to Mr. and Mrs. Watson. Mercy Watson is a series of books that features different adventures of Mercy, and this book is about how Mercy comes to the rescue of her beloved owners when they need rescuing with their bed.

Mercy is adorned by her owners, she is indeed adorable and intelligent. But she also loves food and is mischievous with stealing them be it butter toasts from Mrs. Watson or sugary cookies from the neighborhood. The series is a perfect read for 6 year olds and will keep them glued to the books all day.

4. Calvin and Hobbes by Bill Watterson

Calvin is very imaginative and naughty, his friend Hobbes is a stuffed toy when others are around, but when Calvin is alone, he turns into a real one and plays with him. Calvin hates school but loves playing with Hobbes setting on imaginative adventures. The Calvin and Hobbes Series is a great choice for your 6 year olds because it covers many interesting tales and incidents that they would love to read.

5. Where the Wild Things are by Maurice Sendak

An amazing picture book with an equally interesting tale, Maurice Sendak’s Where Wild Things Are became so popular, that it was adapted into a movie and an opera. This award-winning book is a treasure for your 6 year olds and will serve as an amazing bedtime read.

Max is a mischievous little boy who escapes into the wild. He encounters many wild creatures who are friendly and sometimes fierce with him, and they allow Max to become their king. But soon Max comes across the problems of being a king and faces many difficulties. Will Max be able to manage his role as a king? Will he be able to return to his home where his mother is worried about him? The book has many interesting events that children will absolutely love.

A series that children will adorn, the Magic Tree House series by Mary Pope Osborne. The series contains 4 adventure books including Dinosaurs Before Dark, The Knight at Dawn, Mummies in the Morning, and Pirates Past Noon that depict the exciting adventures of the siblings’ Jack and Annie.

The kids discover a treehouse and then something magical happens, they find themselves in the Age of Dinosaurs, a medieval castle, ancient pyramids, and treasure-seeking pirates. The Treehouse takes them into magical adventures that children will find fascinating.

7. The Gruffalo by Julia Donaldson

The Gruffalo by Julia Donaldson is a rhyming text that includes an interesting story along with eye-catching illustrations. This book is an award-winning modern classic that follows the tale of a smart mouse who invents an imaginative creature called the Gruffalo. Children would love to read this hilarious story of a mouse who uses his wit to deal with things. This book also has a series by the name The Gruffalo’s Child which is equally fun to read.

The witty mouse has a lot of things to teach your children, and will become their favorite, and so will the Gruffalo.

Stink is an amazing series by Megan McDonald about a little boy named Stink who is the brother of Judy Moody. Judy measures Stink every day to see whether he has grown taller but sees no difference. Everyone in Stink’s class is growing up except for Stink who is worried about his growth. Then one fine day a horrible thing happens, Judy measures Stink and finds out that he has rather shrinked into three feet, seven and three-quarters inches! What happens next is for children to discover. Explore the adventures and problems of Stink and have an enjoyable read with your children.

9. Hidden Pictures Around the World- A Workbook by School Zone

This book is different than any other book on our list because it is an interesting workbook rather than a storybook, that focuses on finding hidden objects. This book by School Zone is something that the children would absolutely love to solve and will also enhance their skills of paying attention and finding out hidden objects. This book can serve as a fun activity book that will keep them away from mobiles and computers, and keep them focused instead on pages.

Dragon Slayers Academy is a series by Kate McMullan that explores the imaginative world of dragons, castles, and wizards. Wiglaf is a traveling minstrel who wants to become a Knight, in order to fulfill his desire he enters the Dragon Slayers Academy, and the adventures that follow next will leave children in awe. This book will be admired by your 6 year old boys, and stay glued to read the adventure tales of Wiglaf, and how he manages to escape from all the troubles. A great book for time-pass, reading in free time, or as bedtime stories to explore Wiglaf’s world even in dreams. This young hero will bring a lot of confidence to your children and will also make them fluent readers.

These 10 books on our list are going to be the best choices for your 6 year old boys. These books not only feature some admirable characters but also include fascinating and entertaining adventures that will take your children away into an imaginary world. These books will help them read fluently and discover the powers of imagination. Also, there cannot be a better friend than a book and will keep them away from the virtual games that they usually play on mobiles and computers that put stress on their minds and eyes.