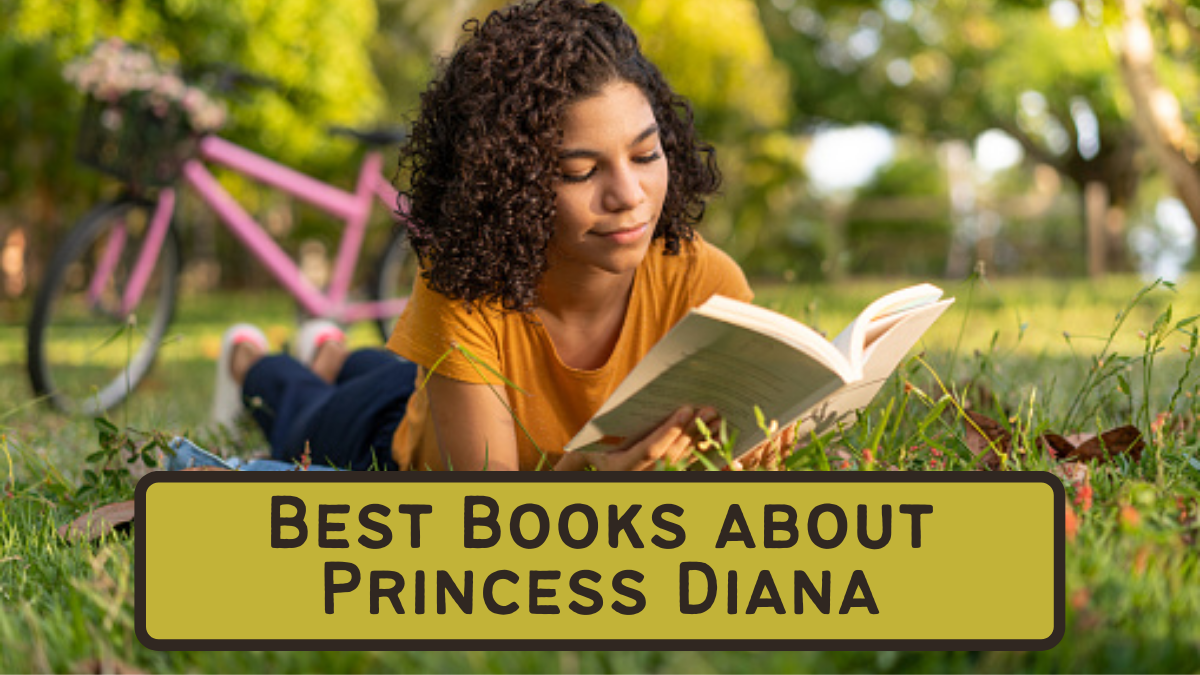 Princess Diana had forever been a fascination to the whole world. The way she chose to live her life was indeed diverse in every which way. She had been an icon known internationally for fashion, for being compassionate, for caring for those who desperately was in need, and for leading an extraordinary life. The works of charity she was involved, has for sure captivated the world. There are really interesting and lesser-known facts about her like her favorite perfume, her wish to become a ballerina, how protective she was about her kids, and much more. She had been into a lot of charity works too. Her sense of fashion was outstanding and unimaginable.

There is a whole heap of books about Princess Diana associated with Amazon. Some deal with her life, whereas some are completely associated with the tragedies and mishaps and the reality check behind it. the list provided below would hopefully be of help for those who are in search of one.

1. Diana: Her True Story- In Her Own Words by Andrew Morton

The book is essentially considered as the sensational biography of Princess Diana prepared with her consent and was first published in 1992. It had created a major jerk in the viewpoint of the public about the British Monarchy. The book had gained much acceptance by the readers as it was closely associated with the Princess herself and also due to the controversial content. She spoke about her unhappy marriage, the relationship with the Queen, her extraordinary life inside the House of Windsor, her hopes, fears, and dreams were completely in an extraordinary way, even though she was a senior royal. The current edition is a completely revised version which had been developed by the biographer with reference to the secret tapes made along with the Princess twenty-five years back. The consideration of the princess as an icon when she lived and a legend after death, still continues to fascinate. The biography is the closest book to her autobiography.

2. The Bodyguard’s Story: Diana, The Crash, And The Sole Survivor by Trevor Rees-Jones

The book is the point of view of Trevor Rees-Jones, the bodyguard of Dodi Fayed; Princess Diana’s companion. When the princess met with the grave accident that snatched the wonderful soul out of the world, the bodyguard was fatally injured and hospitalized in the same hospital fighting for life. He had been brutally injured with serious destruction of his face, chest injuries, and a broken wrist to be the least. With the help of his family and friends, he somehow recovered slowly and left the hospital unknowing of the loss of his boss and the princess. Further proceedings made his life upside down as he was pointed by the Fayed family for suspicion. The book describes the captivating events and happenings and his part in the whole shocking events.

The book is an adequate and apt tribute to Diana who had been an owing symbol of the age by Inspector Ken Wharfe, a royalty protection officer. The memoir portraits the intensive and dear princess as the book mirrors her minute details of how she had been close to her children and her wearisome period of life. The author was a keen observer as he had been an important personality in the life of Princess Diana and the Prince of Wales. He turned out to be a close ally and a righthand amigo.

4. The Diana Chronicles by Tina Brown

The publication is rather a controversial one showing another face of the Princess. Years have passed since she left the world still the death remains mysterious. In Diana Chronicles, the family members of the Princess including her mother, grandmother, step-mother, sister-in-law, mother-in-law, and many more characters are deeply described. Even the ‘other woman’ in Diana’s life was also characterized and how Diana broke the enclosure of royal life entering the glam world of luxury and how she used it leading to devastating conclusions.

5. Princess Diana: The True Story Of The People’s Princess by Katy Holborn

This is the story of the people’s princess who lived for the needy and was involved much in charity. The life of Diana is unbelievable as she was such a humanitarian, a determined mother to two sons, a long-time mate of the heir to the throne, opponent to the conventional proprieties of the monarchy, and moreover a darling to the commoners. She lost her life at such a vibrant age of thirty-six and resting on a small island in the gardens of Althorp House, an inspiring majestic home in rural Northampton shire still remains an indelible scar in every heart.

6. Remebering Diana: A Life In Photographs by National Geographic

The book can be rather considered a memory album with a collection of about 100 awe-inspiring pictures of Diana’s touching life. Twenty years since Diana’s death, the book with her dazzling photographs is sure to be one of a kind. The author is a biographer as well a close acquaint of the princess adds the shade of her memorable and moving life along with Diana’s royal memorable moments, her spotlight experiences, and a personal remembrance by the author. The book is the lavish extravaganza of the life of Diana in magnificent shades. The pictures flash down the remembrance track ranging from her school days when she was a schoolgirl to her engagement to Prince Charles, the birth of Prince Harry and William, and the straight life that she led as an opinionated supporter for the underprivileged, sick, and the oppressed. The likenesses from those who knew her in the finest form like renowned journalists, personages, and personalities like Bill Clinton, Mother Teresa, and Elton John and personal intuitions through Diana’s own words are contained within.  The book has been described as a rich illustration and a lovely sonnet to one of the most cherished and adored women in the world.

7. The Murder Of Princess Diana: The Truth Behind The Assassination Of The People’s Princess by Noel Botham

The author is trying to set free some of the most serious answers to the questions proposed by the whole world against the tragic incident that occurred in August 1997 in Paris. The incredulity that arose among the public regarding the Government statements that came out officially. The author is an investigative writer who had performed in-depth research of the happenings of the critical night that took away three lives. Twenty years from then, he tries to finds and understands the reality behind the real planning and the execution plan of killing the Princess, if there had been any; the truth about the presence of the second car inside the tunnel and Diana falling victim to the plot. He tries to go in-depth to get real and factual information from the deepest retreat of British intelligence and monarchs.

8. The Real Diana: The Revealing Biography of The Princess of Wales by Lady Colin Campbell

The book consists of real disclosures about Princess Diana by the author who was the first to foresee the issues being brooding inside the palace and the outburst that was on the brim. The author had been in smooth contact with the Palace and was rather closer to Diana herself. The book is a collection of around 35 interviews she had with Diana and the author herself names the sources from the Royal Palace. The significant part of the book is the deep research that had happened behind Diana’s death, years after her death and the birth of Prince George.

The book has been picturized on the big screen starring Naomi Watts in the leading role. A person being remembered after death as equal or maybe more than while alive is something very extraordinary and unusual. She had endured the minds and hearts of humans not only around her but also those who had only known about her. Princess Diana had been a mysterious and lasting personality of the 20th century. The author who had been close to the Princess’s near and dears, has come up with a whole set of truth keeping aside the gossips and the lies that had been prevailing since her death. The book delivers an intricate and volatile aspect at a woman who lingers to mesmerize. She still continues to endure everyone and there are sparse public who are not remembering the unique personality.

10. Diana: Her Life In Fashion by Georgina Howell

The special backing of those who knew and loved Diana has made the book a celebration and studies the way she presented herself to the world outside through her appearances, her smile, her dressing choices, and even the way her hair looked. She had sacrificed her inner thoughts, her real self, thoughts, and emotions once she stepped into the framework of the royalty. But the only way she expressed herself was through the attire and the public behaviors put on. The eminent fashion editor-author has gone deep into the transformation tale of Diana. The extravagant official portraits by the royal photographer Anwar Hussein and the world’s greatest fashion photographers reconnoiter every prudently premeditated public face and temperament of the Princess. She had been picturized in various stages of life where she opted for the vivid range of fashionable outfits to present her in the public.