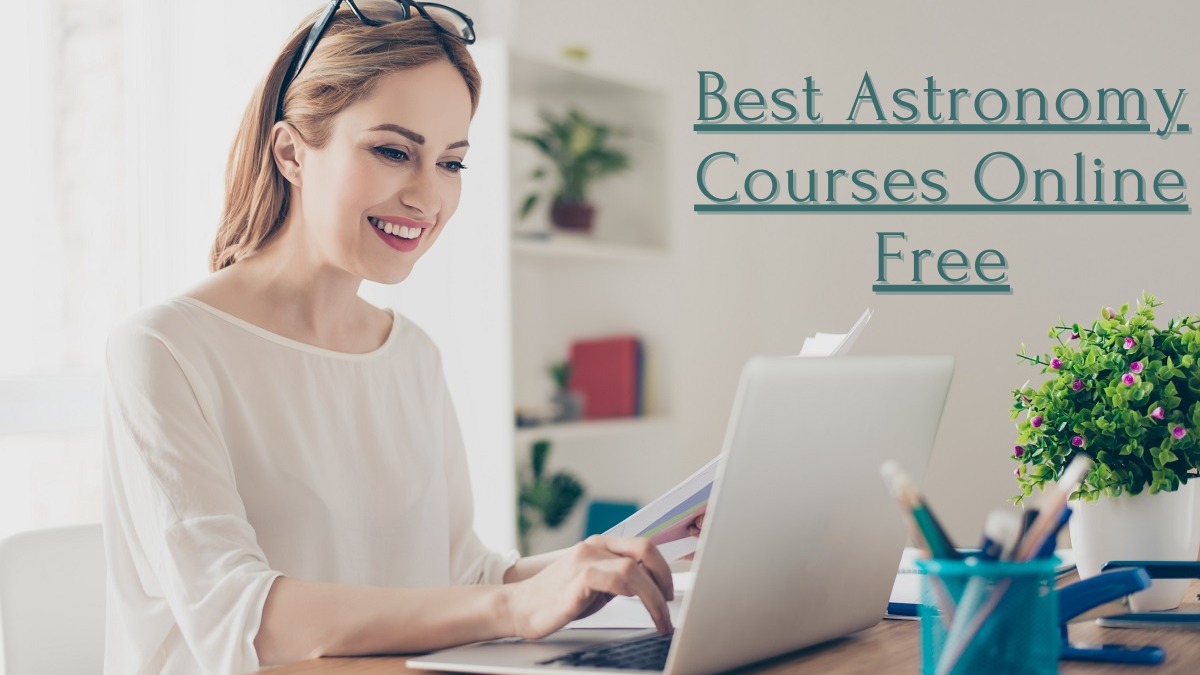 Astronomy is a branch of natural science concerned with the study of celestial objects and events. It explains their origin and evolution using mathematics, physics, and chemistry. Planets, moons, stars, nebulae, galaxies, and comets are among the objects of interest. Astronomy is a fantastic approach to introduce young minds to the excitement of scientific discovery. Astronomy educators, in theory, are creating a world where science is neither difficult nor uninteresting, but rather a key to our future, through producing articles, giving talks, and conducting special events.

Astronomy majors develop skills in physics, arithmetic, computer science, critical thinking, and problem-solving, among other subjects. As a result, astronomy and physics majors are well-prepared for a variety of occupations both within and outside of the physical sciences.  When the universe is your laboratory, you are sure to love your work.  You will be looking for explanations for everything we see in the universe, from comets and planets in our own solar system to distant galaxies and big bang echoes.

We can learn where we came from, where we’re going, and how physics works in situations that are hard to replicate on earth by researching the cosmos beyond our own planet. If you’ve ever looked at the night sky and wondered if there was more to all those gorgeous stars dotting the never-ending black canvas and gleaming captivatingly down at you, then astronomy could be for you.

Here’s a list of the best Astronomy courses you can take online.

1. The Evolving Universe by Coursera

This course will offer you an overview of what you can see with your naked eye, a decent pair of binoculars, or a small telescope from your backyard or preferred observation place. There’s a lot more up there than simply stars, as you will soon see. This course has 23 video lectures as well as various handouts that will introduce you to the hobby of backyard astronomy. You will discover how to view the Moon, planets, star clusters, nebulae, and even a galaxy with your naked eye. You will learn why the stars appear to move in the way they do, as well as the celestial coordinate system and the ecliptic and meridian planes. You will also learn how to utilize a simple star chart and take a tour of the night sky as it changes throughout the year.

3. Analyzing the Universe by Coursera

Through this program you will investigate some of the universe’s mysteries, such as neutron stars, black holes, quasars, and supernovae, using publicly available NASA data from genuine satellite observations of astronomical x-ray sources. To figure out how these remarkable things function, we’ll look at energy spectra and time-series data. They’ll have you investigate a different aspect of x-ray astronomy each week. Y you will start with an overview of picture generation before moving on to examples of how their imaging application, DS9, can help you analyze actual satellite data. You will be working with real data that scientists utilize in their research. You will understand astronomers’ delight when they made significant discoveries about periodic binary x-ray sources, supernovae and their remains, and extragalactic sources that have impacted our knowledge of cosmology.

4. The Science of the Solar System by Coursera

In this online course, you will learn about the science driving the ongoing exploration of the solar system. To comprehend the newest from Mars, comprehend the outer solar system, contemplate planets outside our solar system, and hunt for habitability in our neighborhood and beyond, use concepts from physics, chemistry, biology, and geology. The bulk of the topics and lectures may be comprehended without these requirements. This course is normally taught at an advanced level, requiring a prior understanding of undergraduate math and physics. Rather than merely memorizing facts, the quizzes and final tests are meant to have you think critically about what you’ve studied. This is a difficult yet rewarding lesson.

5. Introduction to Astronomy by MIT

In the fields of astronomy and astrophysics, MIT has a thriving multidisciplinary program of research and education. You can earn an astronomy minor credential by completing specified astronomy courses. Free astronomy courses are available online from MIT, one of the most reputed universities in the world. Exploring black holes, extrasolar planets, the early cosmos, and other topics are among the options available to students. The physics of the solar system, stars, the interstellar medium, the galaxy, and the universe, as determined by a range of astronomical measurements and models, are presented quantitatively in Introduction to Astronomy.

6. Frontiers and Controversies in Astrophysics by Yale University

Yale University is the fourth-best university in the United States, graded based on their performance on a set of widely regarded excellence factors. Frontiers and controversies in astrophysics is an open Yale course available online. Extra-solar planets, black holes, and dark energy are three very fascinating areas of astronomy that are quickly progressing. Current efforts that promise to increase our understanding greatly during the next few years are given special attention. The course investigates not just what is now known, but also what is currently unknown and how astronomers are going about trying to find out. In spring 2007, this yale college course, which was given twice a week for 50 minutes on campus, was videotaped for open yale courses.

MIT offers an amazing astrophysics program and also provide open course such as this one. The lessons you will learn from this course are physical phenomena in the neighborhood of a black hole are studied as a foundation for comprehending general relativity, astrophysics, and cosmology. Extension to recent theory and observational developments will be addressed. The metric; curvature of spacetime around revolving and nonrotating centers of attraction; energy and momentum in flat spacetime, trajectories and orbits of particles and light; elementary models of the cosmos.

8. Imagining Other Earths by Coursera

This course covers fundamental ideas in astronomy, biology, and planetary science, allowing students to scientifically hypothesize on this important subject and create their own solar systems. This course includes all of the features for free. The only flaw of this otherwise magnificent program is that there is no certificate at the end of the course. “David Spergel, Charles Young Professor of Astronomy on the Class of 1897 Foundation and Chair, effectively delivers Imagining Other Earths, which introduces one to amazing facets of planetary science.” The training is quite helpful in expanding one’s knowledge of the universe in which we live.

9. Intro to Astronomy by Outlier

We’re all composed of star stuff, and in this college-level introduction to astronomy course, YOU WILL learn how that stuff came to be responsible for the creation of the universe around us. The curriculum, which includes breathtaking vistas of the cosmos, covers everything from the big bang to the universe’s fate, as well as every microcosm of space in between. You will learn from a diverse group of world-class lecturers, including NASA communicators, astrobiologists, astrophysicists, and the American museum of natural history’s chief science officer. You can choose between a 14-week term or a 7-week intensive. Examination windows will be set around your schedules and personalized just for you. They offer a specialized Student Success staff that are here to help you succeed and who will push you to do so. You will also be offered a refund if you complete all of the work but do not pass the exam under specific conditions.

The degree of information in this course is excellent, and the substance is extensive. Chris Impey is a master at presenting and commenting on all of the topics discussed. Anyone interested in learning more about current astronomy should take this course. you will be kept up to date on the most recent astronomical discoveries. they will be also offering introductory support to individuals with little prior knowledge of science. Solar Systems, Chemistry, Theory of Relativity, and Astrobiology will all be covered in depth. This is an amazing introductory course and it covers a wide variety of topics. You will find that the information is intriguing and enlightening as you progress through the modules of this course. Many people, including total beginners, find the self-paced approach to be beneficial, and it is highly recommended.