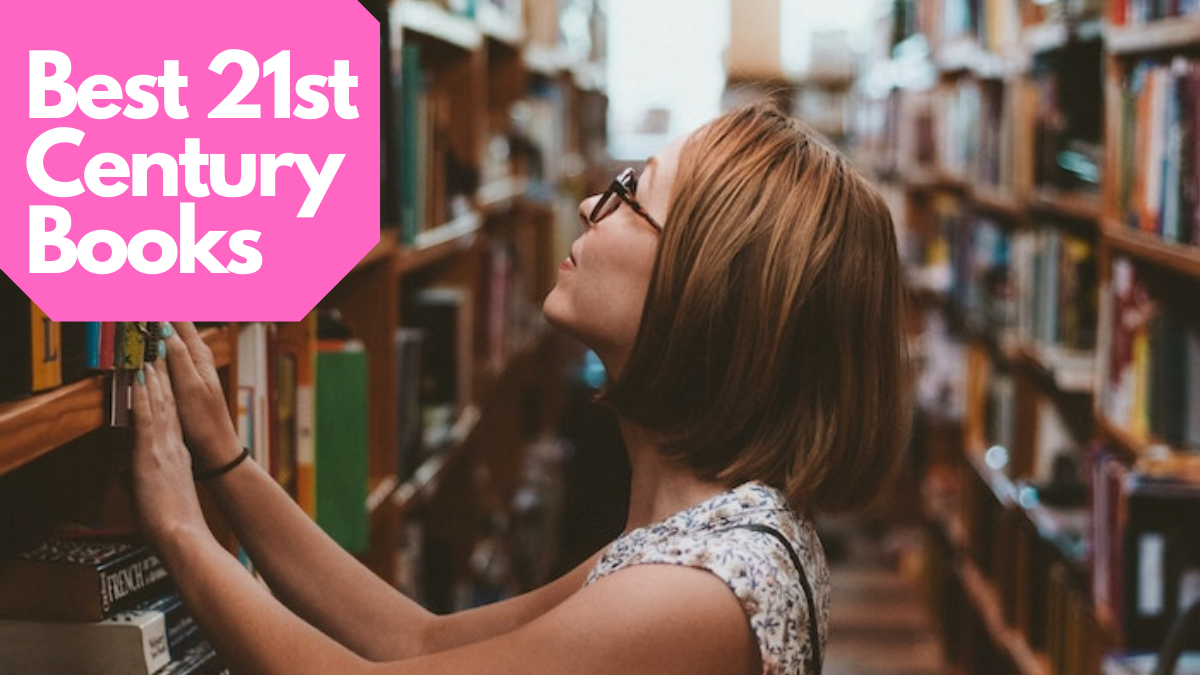 The present century in the AD era according to the Gregorian calendar is termed the 21st Century. The time period is between January 1st, 2001, and December 31st, 2100. It is the first century in the 3rd millennium.

There had been really significant changes from the start of the 21st century. The incredible increase in the financial system worldwide intensified concern over terrorism and an out boom of personal ventures have been marked the major changes in the century.

The education system of the time was corresponding to the reasonable, technical, and public changes that are occurring at a high velocity. It is set up in such a way that children will become competent for the future and they grow up in a highly sophisticated world.

Books with an emphasis on the 21st century have been published a lot. Here are some of them available online;

Authored by the prestigious Barack Obama, the book has been the New York Times bestseller, nominated for NAACP image award, termed as the Best Book of the year, and the one that received many more laurels.

The book is a real journey through his rather difficult and impossible entire life giving sneak peeks through his youth to the political and educational period of his life and ultimately to the memories of being at the top of the White House. He describes the time of the presidency as a period of remarkable change and uproar. He gives a detailed insight into his political objectives and the electoral events that led him to become the first African American President of the United States.  He absolutely gives a verbal tour of the Oval Office and the White House Situation Room, and to Moscow, Cairo and Beijing. He presents an exclusive and considerate exploration of the splendid accomplishment of the presidential authority.

The book is a warm and reflective story of a determined man who placed a stake in the past. He has very openly described his life and emotional changes that he had to overcome while in the White House, including; crucial decision makings, about the powers that opposed him in the country and outside, and how his existence in the White House impacted his spouse and daughters, and the fearless attitude to talk openly about resentment and not enough confident about himself. He always believed confidently in the progress that he could bring about. The superb creation by Obama has highlighted the importance of democracy and that democracy is built on understanding, trust, and teamwork and is something to be improved progressively.

Yuval Noah Harari is an inquiry and a look-into into the present day’s serious issues as we move forward to the uncertainty of the days to come. The publication is an inquisitive and far-sighted query into the most serious problems of the 21st century. We understand the pace of technological growth, which is beyond our imagination, as unexpected strategies are used for moving forward in any way required. The struggles that we face are taking our lives in ways that may be unknown to us, and we ought to be ready to face these changes in order to continue to exist.

The book is an alarming reminder that is provoking and thoughtful throughout its 21 chapters. There is an alarm that it is absolutely sure about the life in future would be dangerous and difficult to deal with, without getting answers for the arising queries about terrorism, democratic liberty, and existential worries. He puts forth the importance of values and warm relationships in this chaotic world of unreliability. It’s something worth reading.

3. The System Of Nature In The 21st Century

The book penned by Bob Almada has considered the most recent threat to the world, Covid 19, and its ill effects on the whole populace. The problem is not confined to any single area, town, or country, but the whole of the world creating ultimate chaos in every which way possible.  It has made the lives of thousands into peril, by losing dear and near ones, jobs, health for those recovered, lack of proper income, and many such unavoidable mishaps.

According to the author’s opinion, these irreversible changes are due to the errors that we, the humans had imposed on nature. Nature is now backlashing with all her might, that the humans are standing and staring and thinking what to do. Even though this issue has jerked humanity, the ignorance of what should not be done is inherited through generations. So only by changing ourselves from the long-existing ERRORS, will we be able to cope with the change. A mass of questions is being stirred by the author regarding the present. The answers for all the shortcomings from every side; politically, individually, or socially are being depicted in the book, so it is categorized as something for essential reading.

The book by James L. Wilson is an outstanding and unbelievably informative and simplified version as the reader can handle it with ease. It is about Adrenal Fatigue; a familiar devastating therapeutic situation that is normally undetected and untouched. It is especially a typical anxiety condition of the 21st century, arising due to the scenario of work pressure and relationship adjustment issues, affecting a whole lot of the present population.

Jan McBarron M.D scientifically explores the magical influence of the ‘yellow wonder’. The use of curcumin, the magic medicine for a variety of diseases and ailments is put to use largely in the 21st century. It had proved effective against serious conditions like; osteoarthritis, fibromyalgia, lung diseases, liver disorders, Alzheimer’s disease, heart diseases, gastrointestinal disorders, back pain, depression, and obesity. It is proved effective for wounds and cuts and helps to prevent bleeding. Serious research is being done by a lot of researchers all over the world using Curcumin and its strength. Even their impact on reducing the effectiveness of Alzheimer’s is under processing and needs updating.

Mark Chen, has authored the photography book which is mainly aimed at the people of the 21st century. Photography today is very well advanced and highly defined, and all of us are obsessed with photography using any which ways of technological support. On a daily basis, an individual might be clicking quite a lot of pictures, as we are in the digital era. So the book provides aid on how a hopeful photographer can keep themselves away from the public who are walking around with smartphones the whole time.

The techniques and tools provided by the author for the budding photographers are encircled in a set of 4 C’s; Craft, Composition, Content, and Concept. Moreover, each ‘C’ is taken into detail, in-depth, and simplified, such that the needy can acquire the skills and put them directly to use.

The author also takes the readers to the next level to provide a strong foundation in digitalization, on the chemical processing photographic techniques, and on how rapidly the photographic field is advancing in the 21st century.

Patrick Q Mason explains restoration from the beginning of 1820 when Joseph had questions to God, which was answered by Jesus Christ. The questions have changed with the change in era and time, but God still has the answers to any question from anybody. The author is an intellectual and is trying to convey to the people of the modern age, to have a better understanding of the words of God. The book also provides light and life into the old expressions and sayings. There are several questions about the memories and experiences of the past, and how to recover from them and stroll towards the future with assurance, significance, and effect. The book encourages reorganization, entrust and react to God’s will especially in the century we are living in.

8. Survival in The 21st Century

The book by Viktoras H. Kulvinskas has actually prepared a novel foreword for the fantastic traditional book on nutrition and diet with special emphasis on its effect on human bodily and mental characteristics. It imparts a real prototype in diet and nourishment for improving the diet patterns and food types in order to maintain the youth and to overturn the growing old process thereby prolonging the life expectancy. Several therapy options are also mentioned; physiognomy, iridology, zone and color therapy, massage, acupressure, yoga, and herbs with medicinal properties. Transformation methods using water fasts and discovery of the advantages of wheatgrass therapy for recovery from serious prolonged illnesses and method of cooking healthy foods, sprouted foods, and fermented foods.

Samuel J. Rosenberg and Jessica Rosenberg have very effectively edited the brand new version of the book based on community mental health. This book has been at the forefront of the arena, as it provides the most relevant, current, and recent views based on the research and healing management carried out in the societal mental health setting of the present. The important developments, fine operations, and issues related to policy matters of the mental health community are analyzed by experts in the field. There are sections that address the impact of mysticism, and family-involved treatments in the matter along with the rising novel ideas. The book as a whole completely makes sure about the factors involved in socio-cultural and identity attributes.

The author, Melanie Rigney describes 21 saints who lived and met with people around them, were declared as Saints in the 21st century.  The book is categorized into stories of each of the women, their special and fundamental contribution to the place where they lived. Along with the story of the saints, are the stories of common women who lead their everyday lives with the essential presence in a small or big way.

The way of living and the method of working for others may vary with the saints, but they have some qualities and features which seem to be in common; godliness, power, and valor. The book takes us through the life of many famous saints and also a foreword to the novel powerful ones to join the thorough journey of love and belief. She encourages loving others without a reason, and without seeking the circumstances, to forgive the ones who tried to cheat us on our back, or has tried to wound us; as God loves everybody equally. Jacinta Marto, Elizabeth of the Trinity, Teresa of Calcutta, Marianne Cope, Mary Mackillop, Gianna Beretta Molla, Katharine Drexel, Josephine Bakhita, and Maria Faustina Kowalska are some of the woman saints depicted in the book.