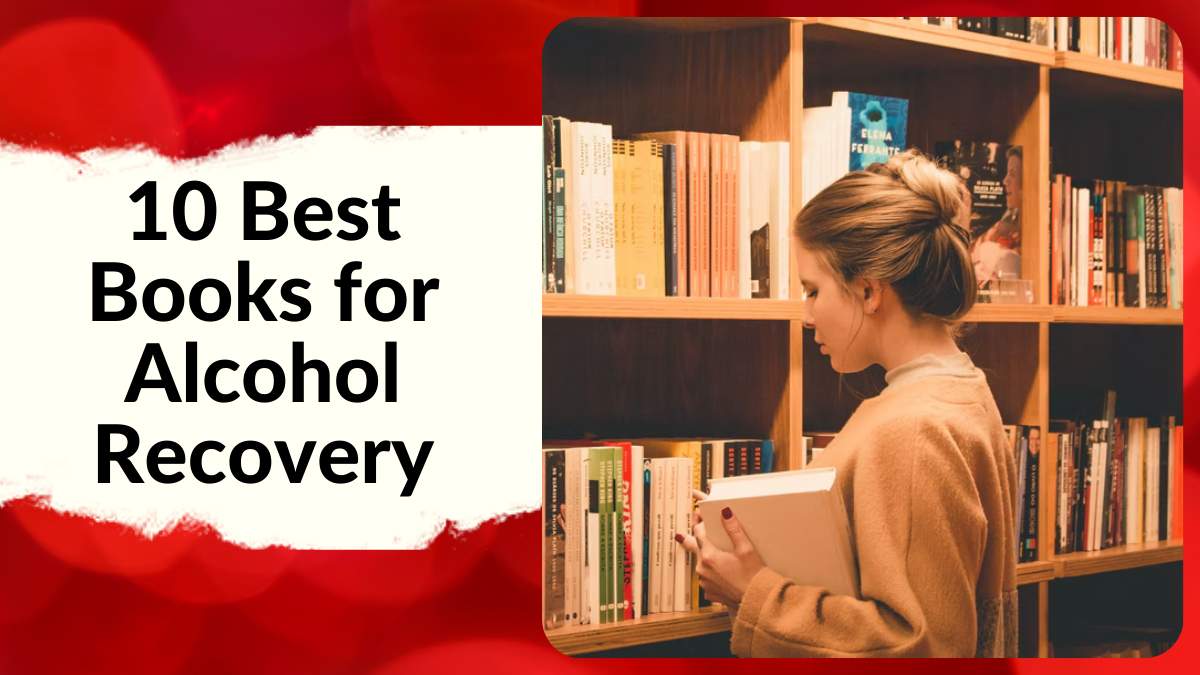 Perhaps the most difficult phase in an alcoholic life is dealing with his demons rather than the group support received by AA ( Alcohol Anonymous). Coping with guilt and self-pity most of the time, alcoholics can end up immersed in the dark world of addiction. It is also the question of avoiding social interactions with fellow humans when labeled as non-alcoholic. People often turn into active drinkers to please their co-workers or social circles. The result is a deterioration in their personal lives and careers. When life becomes uncontrollable, an alcoholic does not realize that dependence can be deep-rooted in psychological problems. The path of healing and sobriety is not easy but can be accomplished with effective advice.

These books on recovering alcohol are points of reference to make one’s life successful, even after spending months in an addictive condition. The stories in these books come from people who have witnessed hell and then have become exempt from their daily dependence on alcohol—an excellent collectible set for people looking to lead a happy life with their loved ones after detoxification.

1. We Are the Luckiest: The Surprising Magic of a Sober Life By Laura McKowen

Laura McKowen brings in her own sober experiences after being addicted to drinking. Her life turned upside down when she quit the habit of drinking too much. First, it was remorse, and then slowly, it became a self-fulfilling journey. She calls herself lucky to have felt this way; she terms her survival a miracle and encourages others like her to quit ruining their lives. Her book does not water down the tough road to sobriety; the chapters are filled with many questions and answers highlighted by her own life. She weaves her story with intimate details without the content being too preachy. Her book is a truthful account for all those willing to take the road less traveled to be sober. It is a frank exploration of the challenges and joys of sobriety, both to make it happen and to stay there.

Annie Grace has published an interesting article on how to approach the problem of alcohol abuse using psychological and neurological facts. This is not one of those serious books filled with graphs and figures; instead, it is written with soft humor to engage the reader in dealing with their psychological dependence on alcohol. Most commonly, it has been noted that addiction to daily alcohol use results from depression, stress-related events, and other personal problems. This book is an eye-opener when it comes to noting down the reasons why in the first place do, we start drinking. It checks the role of alcohol deeply ingrained in human culture and how one can wean oneself from dependence. It is possible to control the desire to drink if emotions are controlled.

This book is regarded as one of the cornerstones for AA (Alcoholic Anonymous) and is widely used by the members of the AA for their de-addiction process. It was originally published in 1952, and from then on, it has become successful in treating the AA members on the traditions and steps to follow towards leading a sober life. The book teaches that it is more a matter of willpower control the urge of excessive drinking. The human mind can overcome challenges when it comes to remaining sober for a lifetime. Various steps can be implemented in real life after reading the book. It is also accompanied by daily reflections with the higher self and improved relationship through faith with God.

4. The Unexpected Joy of Being Sober: Discovering a Happy, Healthy, Wealthy Alcohol-Free Life By Catherine Gray

Catherine Grey speaks of being sober after being an alcoholic herself, dealing with the terrible consequences of addiction, whose life has become uncontrollable. She details her life through the mishaps of black-out sessions, the aching hangovers, and then throwing herself again into the comforting arms of alcohol bottles. Just the one decision that changed her life forever. She answered the question that millions of drug users are searching for. What happens when someone suddenly decides to quit drinking? The mental pain of hitting rock bottom in life and coming up with determination forms the crux of this book. Much of the problem starts with a WHY – why should we drink less? Why is it embarrassing to refuse to drink at a party? Why are we afraid to take no for an answer? These are some of the issues portrayed and cared for wisely in the book.

5. Quit Drinking without Will Power: Be a Happy Non-Drinker By Allen Carr

Allen Carr was a chain smoker until one day; he decided to kick this evil addiction in the butt. Since then, he has written an effective guide for smokers on how to stop smoking and lead a happy life without wanting to use their mental power. This same method has been applied to drunken people who cannot find the strength to stop their addiction to alcohol in this book. Allen Carr’s EasyWay method has been adapted to lead a sober life and described as painless weaning. It eliminates the desire to drink without dependence on one’s will. Since then, his book has sold more than sixteen million copies and helped hundreds of people get sober.

This book gives a unique insight into the beauty of life and why we must celebrate it by living through guided meditations. Widely used by the AA (Alcoholic Anonymous) for its members, this book has a set of meditation techniques that relaxes the senses. It also contains a set of serenity prayers, 12 steps, and traditions that can be followed by the addict to alleviate the pain of withdrawal. This book can be summarized as the little black survival book for alcoholics who face daily alcohol addiction problems. It also contains messages on how to live alcohol-free, to integrate a sense of control, to act responsibly and respectfully towards his decision—an interesting manual for subjecting your consciousness to a sober life by meditation.

7. Not Drinking Tonight: A Guide to Creating a Sober Life You Love By Amanda E. White LPC

Amanda E. White was a partygoer who loved nights full of colorful bottles and endless drinking sessions. Ironically, she was studying to be a therapist, and her love of booze was a barrier. Soon she realized that this bad habit of his would be the death of her career before she even began. Then she stopped drinking and wrote this book for humans like herself caught in the web of deceit and self-disgust. The book refers to the culture of alcoholism in which we are considered alcoholic and non-alcoholic. She lists the facts about how to face not being so popular for refusing to have a glass of wine while at a party. The book looks at the basic problems that lead us to drink and overcome them.

8. The First 90 Days of Sobriety: Recovering from Alcoholism: A Guided Journal By Dr. Natalie Feinblatt PsyD

Dr. Natalie Feinblatt has released an easy-to-make-yourself guide for alcoholics heading toward sobriety. The book is filled with wisdom, daily prompts, breathing exercises that can be followed daily, and simple positive visualization techniques. It has been noted that the first few months leading to a sober life are scary; the withdrawal is more painful than the addiction. It enables people to reaffirm their own beliefs by recording their thoughts and actions. It also lists a 12-step program to treat alcohol dependence through peer support groups. The book also comes with writing space to record one’s sobriety journey.

William Porter’s alcohol affects humans on the chemical, physiological and psychological levels, from the first interaction with a glass of wine to chronic alcoholism. The author systematically explains the mental, societal, and especially physiological effects of alcohol on an individual. This volume is a guidebook for people who do not categorize with the mysticism of AA; this volume is a solicitous, well-reasoned, and scientifically sound test of how alcohol affects the brain and physical structure and how you can apply that knowledge to steer away from the negative physical, societal and psychological effects of alcohol addiction. It also answers questions about why AA does not work for most people living with alcoholism. This book is an alternative to a life of sobriety with no collective support.

10. Alcohol Lied to Me: The Intelligent Way to Escape Alcohol Addiction By Craig Beck

Craig Beck led the perfect life as a successful, family-oriented media person. But secretly, he had been struggling with being an alcoholic for twenty years; he tried all means to get rid of this addiction. Then he began to decode his life around the addiction problem and discovered why he had been stuck with this dreadful habit. It was more of a psychological need than a physical one; the author tries to explain that we lie to ourselves when we feel that alcohol can make us great. It is an illusion that drinking can be the saving grace of any problem in life. The author cites one of the many possible examples, why do people consider waking up with a hangover and ruining the entire next day not to negatively affect the character of their lifespan? Hangovers are a reality for drinkers, whether they have been drinking for a month or 30 years. With personal anecdotes, this book is an honest survival guide.

Being an alcoholic or living with someone is hard, especially when withdrawal symptoms come into play. These books above written by experts and personal narratives of survivors at the difficult stage can become checkpoints in a sober life.